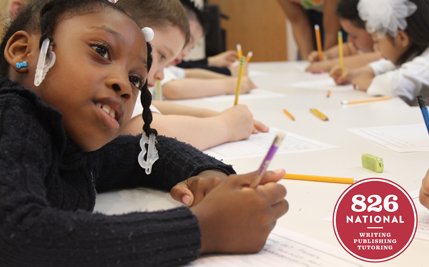 826 National needed to implement both a fundraising system and a volunteer management system that would allow not only its own organization but also seven separate chapters under the National umbrella to use the same system and share data.

826 National was founded in 2008 as the parent entity providing administration, strategy and leadership to seven separate 826 chapters in different cities around the country. Each chapter is its own 501c3 organization, with the original chapter, 826 Valencia, being founded in San Francisco in 2002. In an effort to provide a unified database across all eight organizations, 826 National needed a system that could support the needs of each chapter as well as provide some consistent infrastructure by which each chapter’s operations could be streamlined. By consolidating each chapter into one Salesforce account, 826 National would then be able to measure and report on the outcomes of their programs across the entire network. However, given that each chapter had previously operated in its own systems and were at different levels of organizational maturity, getting all chapters into one system presented both technical challenges as well as programmatic and human ones.

In 2011, 826 National brought in Swift River to implement the Nonprofit Starter Pack and Volunteers for Salesforce apps, starting with three chapters in a beta process, ultimately rolled out to all seven chapters and the National office.